“The kind of painting I find exciting is not necessarily representational or non-representational, but it is both musical and architectural, where the architectural construction is used to express a ‘musical’ relationship between form, tone, color and whether this visual, ‘musical’ relationship is slightly more or less abstract is for me beside the point.” 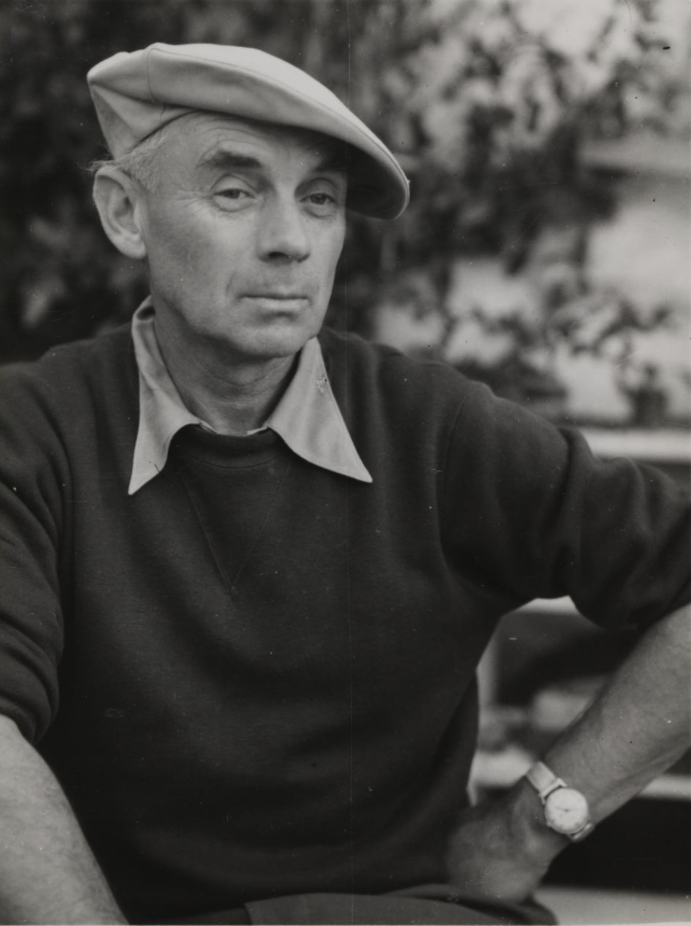 Unlike most of the fellow English painters of his generation, Ben Nicholson (1894-1982) remained committed to the exploration of the techniques and formal potential of Cubism and abstraction. After early work in a figurative style, Nicholson first began to embrace the pioneering language of modernism in his paintings after visiting Mondrian, Braque and Picasso in Paris in the early 1930s. Over the course of the next several decades, Nicholson would explore and refine the developments of modernism, finding a poetic voice that was distinctly his own.

At the outbreak of World War II, Nicholson and his wife, the sculptor Barbara Hepworth, fled, to Cornwall with their three children. It was there, in 1943, that Nicholson, Hepworth and fellow artist Christopher Wood founded the St. Ives School, which promoted Constructivist tendencies in Nicholson’s already stylistically varied oeuvre. Despite this new Constructivist influence, it was while in Cornwall that Nicholson abandoned his purely formalist approach to artmaking and experimented with an interplay between the representational and the abstract. By the mid-1950s, this interplay was fully realized, and this period is considered the artist’s most prolific and successful. The present work is part of Nicholson’s series of large and symphonic still life paintings of the late 1950s, in which he synthesizes poetic, architectural, and formal qualities into a harmonious style. The works from this period represent the pinnacle of Nicholson’s mature style, in which he most seamlessly blends abstraction with representation.

In November 1956 (Pistoia), Nicholson contrasts geometric expanses of color, overlapping planes to create a subtle sense of depth in the two-dimensional surface. On these planes, Nicholson has delicately sketched a number of barely discernible objects, such as a vase and a glass—objects that appear almost as an afterthought—which places Nicholson’s elegantly constructed composition in the still life tradition. Cubism’s deconstruction of form and multiple perspectives are palpable, freeing the viewer from a single vantage point. Combining still life with landscape, abstraction and figuration, formalism and poetry, November 1956 (Pistoia) reflects the artist’s desire to unite and synthesize the modes of art history. As the artist declared in 1954, “All the ‘still lifes’ are in fact land-and-sea-sky-scapes to me.” 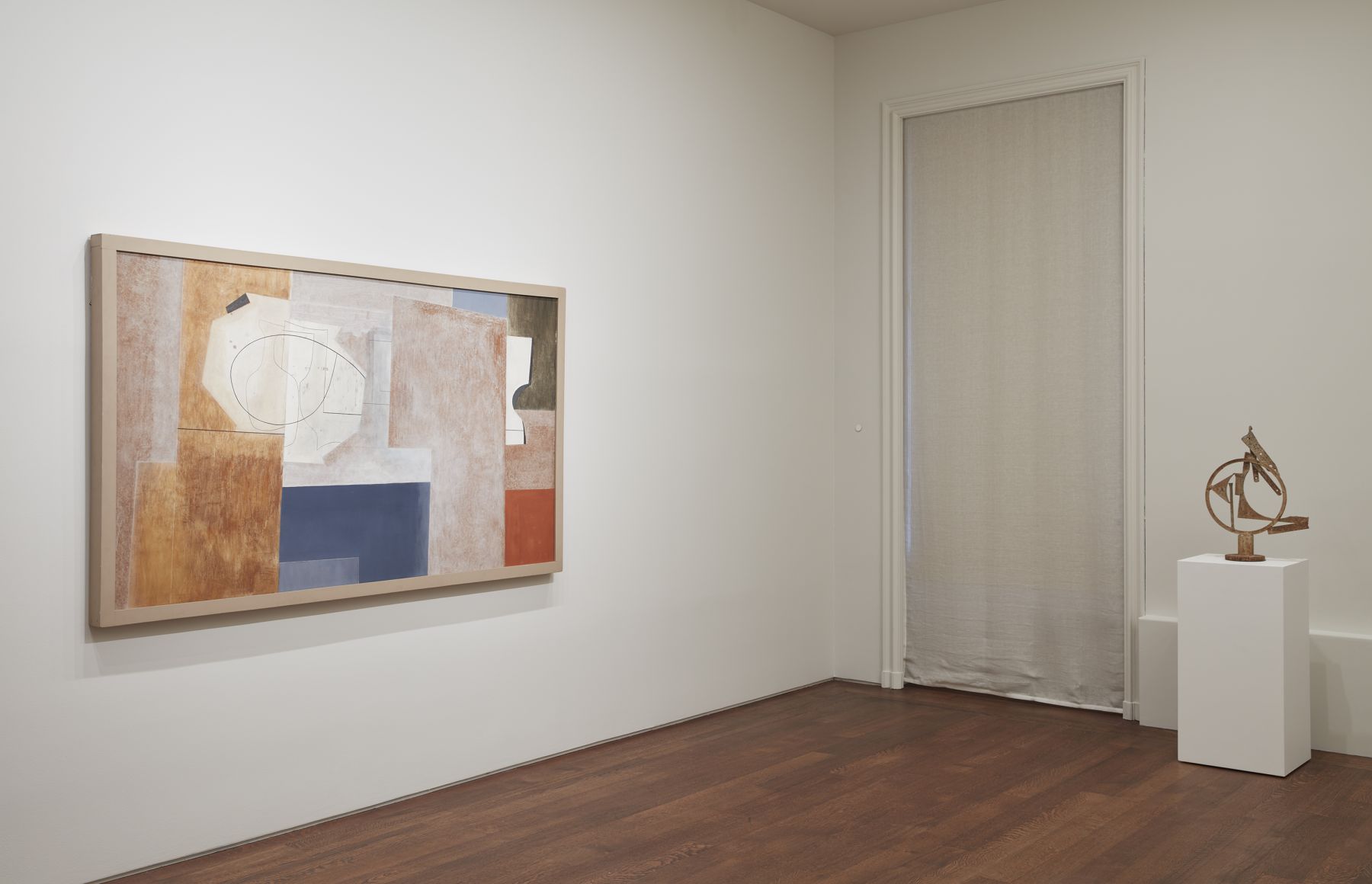